The abducted Hindu spiritual leader in Balochistan, Pakistan now has been released) 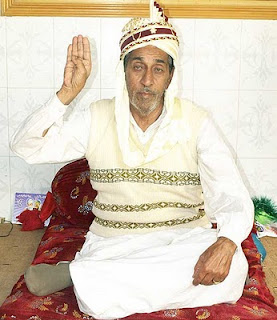 QUETTA : Hindu religious leader Maharaj Lakshmi Chand Garji (82) and his companion Venud Kumar were released in the early hours of Friday near Surab area of Kalat district. Maharaj of had been kidnapped, along with his four companions, on December 21, 2010, near Surab.

The abductors had released three people within hours while continued to detain Maharaj and Venud Kumar, son of a well-known trader based in Quetta. Talking to Daily Times, relatives of Maharaj said that the recovery took place without paying any ransom to the kidnappers. “We were locked in a small dark room. Our hands were tied with rope and we were blindfolded for 95 days. They did not even talk to me despite my frequent attempts,” Kumar told this scribe.

The release of Maharaj made the Hindu community in Kalat jubilant. He was brought to Kali Mandir, which was thronged by hundreds of people, who asked about his health. Home Secretary Akbar Hussain Durrani said that the kidnappers had freed Maharaj and denied that any sort of money had been paid to kidnappers. “Maharaj and Venud Kumar were released at a desolate place near Surab at 2:00am,” he added. He said that kidnappers had been identified and efforts were underway to book them.

There was no confirmation of whether Garji was released after the payment of ransom or through the efforts of tribal elders of the area.

Relatives of the religious leader too confirmed his release but did not give details.

The fate of the man who was in captivity with Garji could not immediately be ascertained.

Garji is a leading spiritual leader of the minority Hindu community in Balochistan.

His abduction sparked protests in several parts of the province.

Dozens of Hindus have been kidnapped for ransom in Balochistan over the past few months.

Reports from provincial capital Quetta said that over 20 Hindu familie from Balochistan had sent applications to the Indian high commission seeking asylum in India.

Note by Editorial : On January 2011 Mr. Ansar Burney who is the United Nations Expert Advisor on Human Rights, Pakistan's former Federal Minister for Human Rights and Chairman of the Ansar Burney Trust International issued a official statement on Hindus persecution in Baluchistan and he also visited Kalat Kali Mata Mandir in Baluchistan state of Pakistan.


No one safe in Balochistan: Ansar Burney
Quetta (Balochistan) : Chairman of the Ansar Burney Trust International and former Federal Minister for human rights, Ansar Burney has said that hundreds of Punjabi speaking families, Muslims from Shia sect and more than hundred Hindu families of Baluchistan province are making efforts to migrate to some safe place in other provinces after becoming the target of extremist and fundamentalist groups who kidnap them for ransom or brutally murdering them.

In a statement, Burney said thousands of Punjabi and Shia sect families have already been left Baluchistan after being targeted, brutally murdered or kidnapped for ransom. "They can not go out for their jobs or bussiness or their children can not go out for education even they can not travell with their family members and are living worst like in jail." Ansar Burney added.

These startling revelations were made by International Ambassador for Peace and human rights, Ansar Burney while talking to media in Quetta.

During his stay in Balochistan, Ansar Burney who is also the United Nations Expert Advisor on Human Rights had visited several Baloch dominated districts including and territories inhabited by Marri and Bugti tribes where Punjabi speaking, Shia sect Muslims and Hindus have been living for centuries - following the kidnapping of Maharaj Lakhim Chand Garji (82) by extremist and fundamentalist groups from Kali Mata Mandir in Qalat on December 21.

Criticizing the Baluchistan provincial government he said, "Government has failed to protect the lives and properties of Hindus, Christians, Sikhs and different sects of Muslims including Punjabi speaking community as the incidents of kidnapping for ransom have become common. Several people have been kidnapped for ransom and government has not been able to trace or recover them. In many cases family of victims had paid huge ransom for their release."

He urged upon the Federal as well as Baluchistan government to take stern action against the fundamentalists and extremist elements those involved in kidnapping and killing of innocent Hindus, Sikhs and Christians in Pakistan and harassing them in the name of blasphemy act. 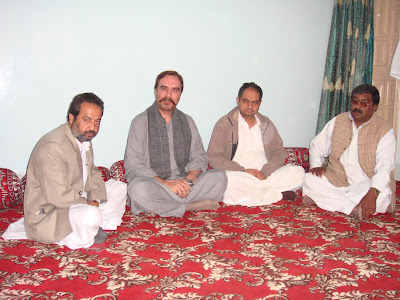 (Photo : Kalat, Baluchistan: The Provincial Minister for Minorities, Government of Baluchistan, Mr. Jai Parkash Seetlani, met with the United Nations Expert Advisor on human rights, Mr. Ansar Burney and discussed with him the illegal and dishonest treatment (Kidnapping for Ransom) and other human rights violations with Minorities especially with Hindu religion families in Baluchistan) 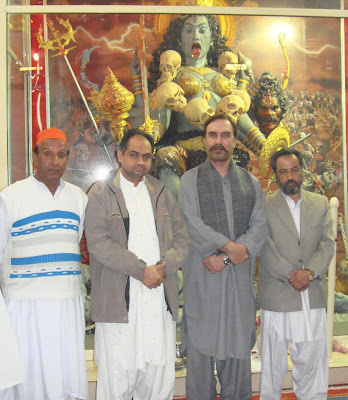 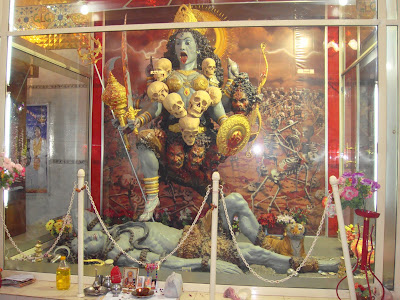 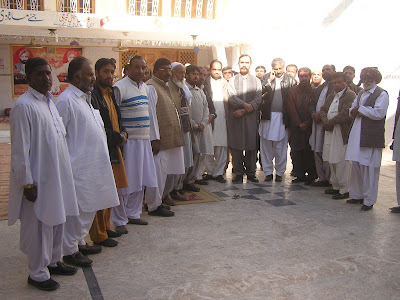 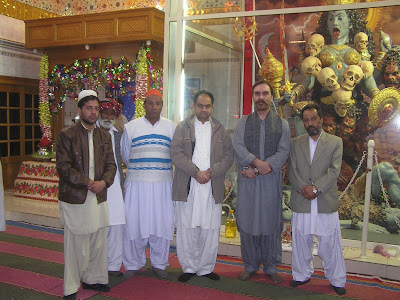 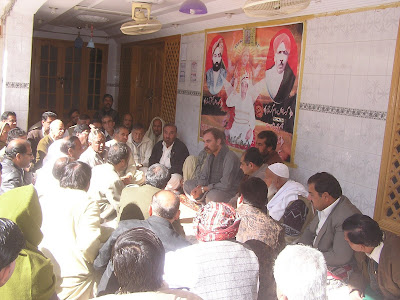