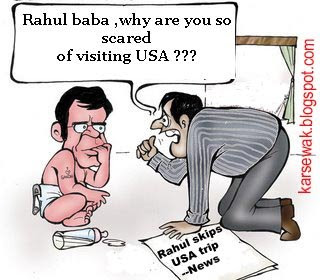 Top Dark Political Secret of Rahul and Sonia Gandhi
On September 27, 2001 Rahul Gandhi MP and his Columbian live in girl friend of Kerala backwater tourist centre fame, Juanita alias Veronique, was arrested in United States of America’s Logan airport in Boston, by the FBI. Rahul was having an Italian passport and was carrying suitcase full of dollars. Some say it was about was it $2 million. This huge dollar amount generated suspicion with the US authorities. Rahul and his girl friend was thus detained by FBI. FBI suspected that Rahul was carrying terrorist funds or drug money for laundering in US. Rahuls GF is an daugter of an Columbian Drugs dealer .


What money Rahul Gandhi was carrying? Was it another Bofors type pay off? Was it Columbian drug money on behalf of his Columbian girl friend? Or was it fund for Osama Bin Laden group, as it is known that the Muslim terrorists are using Christians as front men for laundering terrorist funds as the normal banking channels are being monitored by FBI. 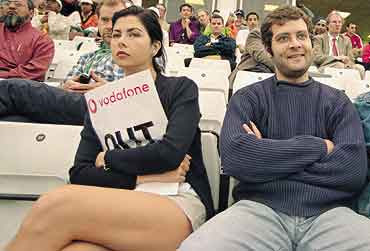 Pix: Rahul Gandhi & his columbian GF Veronica(Veroinique) a.k.a Junaita
Rahul called his mother Sonia Gandhi in India . In turn Sonia called Brijesh Mishra, the former National Security Advisor and a key aide to former prime minister Atal Behari Vajpayee at the Prime Ministers Office. Brijesh Mishra intervened on behalf of our PM Vajpayee with the US Administration for the release Rahul from FBI custody.Brijesh Mishra has strong connections with Sonia Gandhi's Italian family through his daughter Jyotsna. Jyotsna is married to an Italian and lives in Italy .

Rahul Gandhi was released only when the Indian Ambassador intervened and gave assurances to the State Department that Rahul Gandhi will be produced for any future enquiry by FBI. Not only that as a patriot, it was the duty of Brijesh Mishra to find out the reasons for the arrest and inform our CBI to take necessary further steps. Brijesh Mishra did not do any such thing. The incident clearly shows that Brajesh Mishra was working for Sonia Gandhi, that he had deep connections with US state department. In short Brijesh Mishra is a traitor. 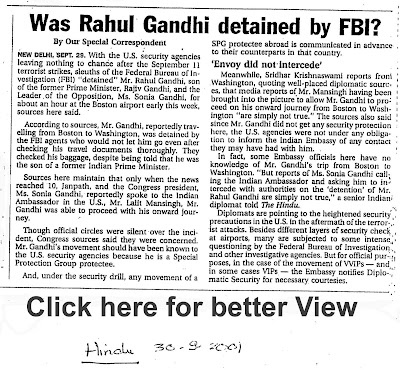 In Sep 2004 when Washington played host to Young political sons, Sachin Pilot, Milind Deora, Jitin Prasada (all Congress Party), and Manvendra Singh (a lone BJP ) followed by liquor baron who got himself elected to a the Rajya Sabha, Vijay Mallya (Janata Party) and ever smiling Rajiv Shukla of the Congress. Yet one prominent face was missing which was that of Rahul Gandhi.

Rahul Gandhi didn't go to USA with the young politicians. It was Shukla who conceived the idea of the Indo-US Parliamentary Forum to create a counterpart to the India Caucus in the US House of Representatives. Rahul Gandhi had to avoid going to the U.S. forever, because of the pending police questions he could be arrested again by FBI if he ever steps in to US.