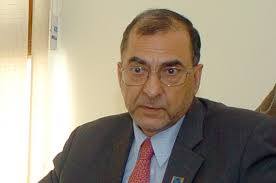 The idea that the dispute over the status of Jammu and Kashmir can be settled only in accordance with the will of the people, which can be ascertained through the democratic method of a free and impartial plebiscite, was the common ground taken by all the three parties to the dispute, viz., the people of Kashmir,Pakistan, and India. It was supported without any dissent by the United Nations Security Council and prominently championed by the United States, Great Britain,France and other democratic states.

It became a matter of controversy only after India realized that she could not win the people's vote. Due to the cold war, she found a firm ally for her obstructionist position in the Soviet Union. With the end of the cold war, the original perspective should have been recovered. When Britain liquidated her Indian empire, the question arose: to whom would power be transferred? This was settled be a process of election. Through a tripartite agreement concluded by Britain, the Congress and the Muslim League, British India was partitioned between the successor states of India and Pakistan. The
disposition of those territories not directly administrated by Britain, but ruled by feudal princes under British paramountcy, also had to be determined.
The principle that followed logically from the partition of British India was that these princely states should merge, unless they could remain independent, with India or Pakistan according to (a) whether they were contiguous to one or the other and (b) what their people wished. The technical form that the merger took was the signing of an Instrument of Accession by the ruler. But the act was not and could not be, based on the arbitrary decision of one individual,
for if it did not have popular approval, the people would revolt and an
international conflict would arise. In fact, out of the more than 562 cases, there were disputes only in three. In two of these, Hyderabad and Junagarh, theruler was Muslim while the majority was Hindu. When the ruler hesitated or refused to sign the Instrument of Accession to India, contrary to the popular will, India felt justified in marching in her troops and annexing the territories. Her decision obtained international acquiescence.

Kashmir was the third case. The largest of all states and the only one bordering on four countries ‑ Pakistan, India, China, and Afghanistan ‑ it was the opposite of Hyderabad and Junagarh: the ruler was Hindu while the overwhelming majority of the people was Muslim. There was an additional and unique circumstances:

unlike all other states, Kashmir had witnessed an open revolt against the ruler in 1946. Ousted from Srinagar, his capital, on 26 October 1947, the Maharaja called upon India to send her army to quell the revolt. India set the condition that he sign the Instrument of Accession to India and, without waiting for his signature, sent her troops into the state on 27 October 1947. The act was so incongruous with what had happened elsewhere ‑ where in all cases
the people's wishes had prevailed ‑ that India knew it would provoke violent opposition from the people of the state as well as from Pakistan and outrage world opinion, India, therefore, felt compelled to declare that the accession executed by the ruler -- the Maharaja was "provisional" and subject to "a reference to the people."

Between October and December of 1947, the Azad Kashmir forces successfully resisted India's armed intervention and liberated one‑third of the State. Realizing it could not quell the resistance, India brought the issue to the United Nations in January 1948. The
Security Council discussed the question exhaustively from January to April 1948. It came to the conclusion that it would be impossible to determine responsibility for the fighting and futile to blame either side. Since both parties desired that the question of accession should be decided through an impartial plebiscite, the Security Council developed proposals based on the common ground
between them. These were embodied in the Security Council resolution # 47 of 21 April 1948 envisaging a cease‑fire, the withdrawal of all outside forces from the State and a plebiscite under the control of an administrator who would be nominated by the Secretary General. Of the United Nations. A development that hardened India's stance was Pakistan's joining military pacts
sponsored by the United States. From 1955, India took the position that, in view of this alliance, it could no longer countenance the withdrawal of its forces from Kashmir. India found a ready supporter for this position in the Soviet Union which, after 1958, blocked every attempt by the Security Council to unfreeze the situation and implement the peace plan originally accepted by both parties – India & Pakistan. This caused the paralysis of the Security Council on Kashmir ‑ a condition which lasted from 1958 to this day.

Even today, India's occupation of Kashmir has been left undisturbed by the international community, even though its validity has never been accepted. At no stage, however, have the people of Kashmir shown themselves to be reconciled to it. Kashmir's record of opposition to its annexation by the Indian Union, can by no standard be reckoned as less genuinely demonstrated than that of countries of Eastern Europe under the dominance of the Soviet Union. But while the popular revolt in the countries of Eastern Europe was observed and reported by the international media, that in Kashmir has remained largely hidden from the world's view. The persistence of this problem has been a source of weakness for both India and Pakistan. It has diminished both these neighboring countries. Indeed, some discerning observers already perceive a growing awareness in the Indian middle class that the persistence of the Kashmir problem weakens India by diminishing its stature among the great powers. As a matter of fact, there have always existed saner elements in Indian public square which have questioned both the ethics and the practical advantage of India’s intransigence on Kashmir. As they have received little support from outside, they have remained mostly subdued. India's obdurate stand has been effective in creating the impression that the idea of a plebiscite is unworkable. This, however, cannot be a considered conclusive.
In the first place, the commonsense appeal and justice of the idea is undeniable.
There is no way the dispute can be settled once and for all except in harmony with the people's will, and there is no way the people's will can be ascertained except through an impartial vote. Secondly, there are no insuperable obstacles to the setting up of a plebiscite administration in Kashmir under the aegis of the United Nations. The world organization has proved its ability, even in the most forbidding circumstances, to institute an electoral process under its supervision and control and with the help of a neutral peace‑keeping force. The striking example of this is Namibia, which was peacefully brought to independence after seven decades of occupation and control by South Africa and East Timore where the United Nations Transitional Administration organized elections which resulted in the 88-member Constituent Assembly. Thirdly, as Sir Owen Dixon, the United Nations Representative, envisaged seven decades ago, the plebiscite can be so regionalized that none of the different zones of the state (Valley, Jammu, Ladakh, Azad Kashmir and Gilat-Baltistan) will be forced to accept an outcome contrary to its wishes.

If a credible peace process is instituted, some t's will need to be crossed and some i's dotted, but given the political will of India and Pakistan to implement their international agreement, and the will of the Security Council to secure that implementation, these can present no obstacles. It is not the inherent difficulties of a solution, but the lack of the will to implement a solution, that has caused the prolonged deadlock over the Kashmir dispute. The deadlock has meant indescribable agony for the people of Kashmir and incalculable loss for both India and Pakistan. The mantra has been repeated too often that the world powers have no alternative to relying on bilateral talks between India and Pakistan to achieve a settlement. The experience of more than sixty-nine years is ignored. No bilateral talks between India and Pakistan have yielded agreements without the active role of an external element. The world powers must recognize that there can be no settlement, negotiated or otherwise, without the active and full participation of the genuine Kashmiri leadership. In order to quicken and strengthen the peace process, the world powers would definitely recommend improving the atmosphere in Kashmir by a full restoration of civil liberties, including the liberty to express themselves peacefully on the question of their own future. A suppression of this freedom means empowering terroristic elements. This in turn paves the way for destabilizing Pakistan – something that is certainly not in India’s own interest, nor in the interest of the international community, including the United States. Peace between India and Pakistan could help unlock another conflict with even higher stakes for the United States: the war in Afghanistan. Indeed, a growing chorus of experts has begun arguing that the road to Kabul runs through Kashmir—that the U.S. will never stabilize the former without peace in the latter. Suddenly, bringing India and Pakistan together seems to be very much in America's interest.

First of all I am informing you about etiquette and netiquetes that the
civilized world respects; intrusion is crime, you violated by mailing me, without knowing me; or did you intentionally did it? Let me tell you that no Hindu or Bhatriye is interested in your shit propaganda and no civilized person is interested in shit fanaticism.
It is not only your junk mail that is illegal, also the propagating the illogical ideology is nauseating, in attempt impose recited ‘tragic comedy’ by barbarians from desert cult of pedophile. At gunpoint lunatics can make someone say Moon is the Star and Sun is rotates around it, 71 Virgin shall be longing to be satisfied from the blessed male (and one is without Viagra!), Bras cause earthquake, sex with dead is sanctified by a tragic comedy text of errors, lies and horror etc. but Humans don’t believe it, once the dehumanized brainwashed barbarians are cured they will laugh at their deeds during epilepsy.

Next, I appreciate your fantasies, messing up Kashmir issue with
Afghanistan! Well, Iran and Israel can also be added to Gibraltar issue and Zionist conspiracy of making light travel faster than sound.

Now, I inform you about UN stand on Jammu & Kashmir, before


any step Pakistan/Papistan has to move out from entire State of Kashmir. First things First.
Posted by अखिल भारत हिन्‍दू महासभा at 1:35 PM